Brushing and Flossing Lower The Risk for Dementia | ismile

One of the missions of our NYC dental practice is to provide relevant information to our patients to help them make wise choices about their dental habits. Recent studies show a link between dental health and the onset of dementia, which can be minimized through the simple practice of frequent brushing and flossing. 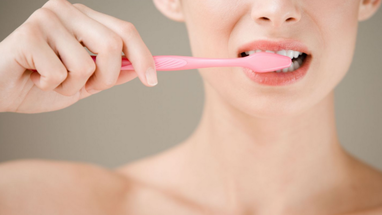 Almost everyone has a friend or relative who has developed dementia in his or her older years. Primarily occurring in the elderly, dementia is actually a “catch phrase” for several different disorders, of which Alzheimer’s is just one. Studies show that only about 3% of those between the ages of 65-74 have some form of dementia, while 47% of men and women aged 85 and older have dementia to a lesser or greater degree. There is no cure.

What the Nun Study Shows About Dental Health & Dementia

A longitudinal study was conducted at the University of Kentucky to discover if there was a connection between dental health and the development of dementia. Called the Nun Study, each year over a span of 12 years, researchers analyzed the dental records and brain function tests of 144 nuns, who were between 75 and 98 years of age at the beginning of the study. Autopsy studies of the 118 nuns that passed away during the study revealed the presence or absence of dementia in the brain. The results were astonishing. Of the nuns with no signs of dementia at year 1, those with either no teeth or fewer than ten teeth were found to have signs of dementia at autopsy.

Several studies have shown that the very act of chewing enhances brain function. Chewing increases blood flow to the brain, providing the brain with oxygen and glucose, both essential for healthy brain function. Obviously, if one lacks an adequate number of teeth, food choices lean towards softer—or even liquid—options. This decreases the amount of chewing at each meal, resulting in decreased blood flow to the brain. For a more detailed explanation of that phenomenon, click this link.

We all understand the role of brushing and flossing to ensure dental health. Now it’s clear that those two activities may very well lower your risk of dementia later in life.